The classic French nail, that we all know, consists of applying an opaque white line to the edge of the nail on a nude base. The goal is to make the nail look longer and to give a touch of elegance and fineness. Today, this technique is being reinvented through several looks. The classic white French style turns out to become more colorful, ornated with sequins, made with gradients tints and even more !

We’ve been seeing it a lot on social media for quite a while now, but what exactly is this ? After investigating, we concluded that two main trends that go by that name stand out.

First one is a traditional French nail, with exaggerated features on the edges. We mainly use colors and sometimes different glitter to make it look deep. It can also be done with a white color like a French manicure. 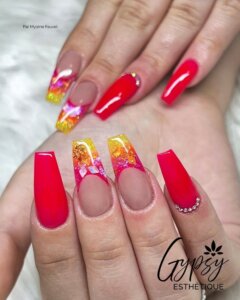 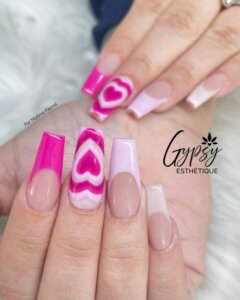 The second version is one that gives more meaning to the term French reverse or French reversed. Briefly, it is a French nail but upside down. The method is exactly the same as a French manicure, the only difference being that instead of applying the white color on the nail’s tip, we want to focus on the base of the nail. 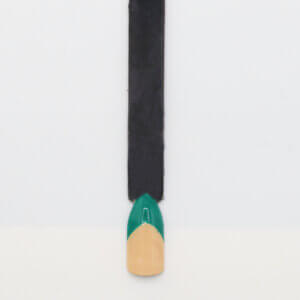 We see this trend everywhere on social medias, whether it’s Facebook, Instagram or Tik Tok, it’s THE current trend. It is mainly done by using gel polish and a decoration brush, as used for a one stroke for example.

To start, make the first gradient over the entire surface of the nail. When you are satisfied, we cure this first layer under the lamp. We then start the French by following the same steps, but this time we reverse the colors at the end of the nail and we finish with a top coat polish. There you go ! You got that Double Ombré French ! You can also use the Air Brush technique, as Ongles d’El did on the picture down below ! 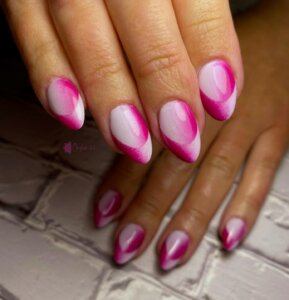 The V French tip is very similar to the classic French tip. The only difference is that the tip of the nail must be traced in a V shape. As with the French tip, different colors can be used or a traditional white color can be used. A guaranteed WOW effect! 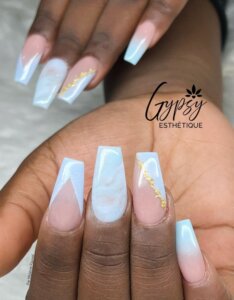 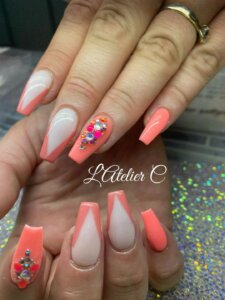 So, do you like it ? Are you willing to try the French Reverse trend ? Share your nail styles with us on social media, make sure to tag us ! Watch all our tutorials on Ongles d’Or YouTube channel. 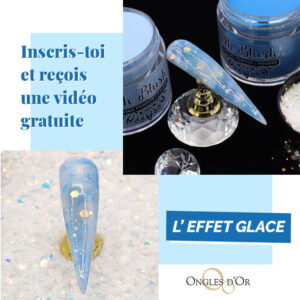